The Waste Management Phoenix Open is one of the first stops of the year for the PGA Tour. Crowds are always around 500,000, making it the most attended golf tournament in the country. Last year, a record-setting crowd of 563,000 were on hand at the TPC in Scottsdale to watch Kevin Stadler take the trophy. This year’s big event will take place between January 26, 2015 and February 1, 2015.

For Scottsdale, and the greater Phoenix area, this is a major happening. When 500,000 people show up in any one spot, you know that the city will be hopping. Restaurants will be busy, all of the local golf courses will see plenty of action, and the area’s hotel rooms will fill-up fast. The 2015 Waste Management Phoenix Open also happens to coincide with Super Bowl 49 (Sunday, February 1, 2015), which will be played in nearby Glendale.

It will be an absolutely fabulous sports week for both golf and football fans! Imagine a Sunday afternoon at the TPC where you are watching fan favorite, and Arizona State graduate, Phil Mickelson (won with a -28 score in 2013) battle it out with Rory McIlroy, golf’s number-one ranked player. Then, just as a winner is determined, you get in your car and race on over to get to the Phoenix University Stadium to top-off the day watching the Super Bowl!

If you want to make sure you have a nice place to stay when you get into town, you better make your hotel reservations well in advance of the two major sporting events. The Scottsdale Thunderbird Suites is perfectly located, less than two miles, or five minutes from the TPC (1702 N. Hayden Road), and if you are also going to the Super Bowl, the hotel is an easy 30-minute drive to Glendale.

The actual tournament does not get underway until Thursday, January 29, 2015. However, fans can enjoy some other fun activities in the preceding three days. On Monday through Wednesday of tournament week, players will get to know the course by playing a few practice rounds. There will be several PRO-AM tournaments, a junior golf clinic, and a trick shot demonstration. Players and celebrities will be around to interact with fans and maybe sign a few autographs.

A very popular and unique part of the annual tournament is the Coors Light Birds Nest. After the sun sets, the festivities continue under a big tent that can accommodate about 15,000 people looking to have fun and listen to some great music. Jake Owen and Weezer are the headline performers at this year’s big party.

Don’t miss your chance to see the greatest players in the world compete on the big stage in Scottsdale, Arizona. Sit among the big crowd that surrounds the par-3 16th hole and cheer-on your favorite players. The Waste Management Phoenix Open is always a spectacular event and it also raises millions of dollars each year for very worthy charitable causes. Come on out to see world-class golfers participate in this world-class PGA event.

Thank you for reading our blog 🙂

If you have any questions, please leave a comment. We are also on Twitter and Facebook.
© 2014 Out and About in Scottsdale AZ – All Rights Reserved Thunderbird Suites 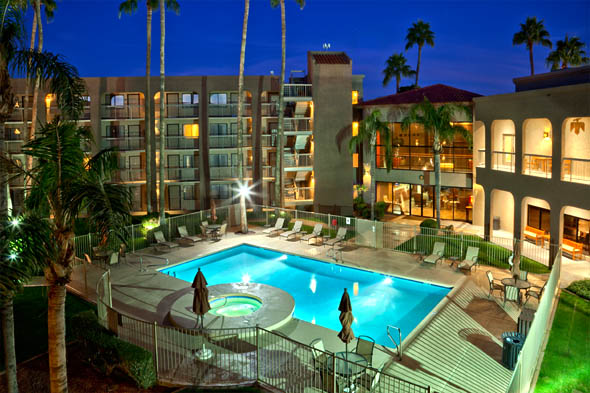 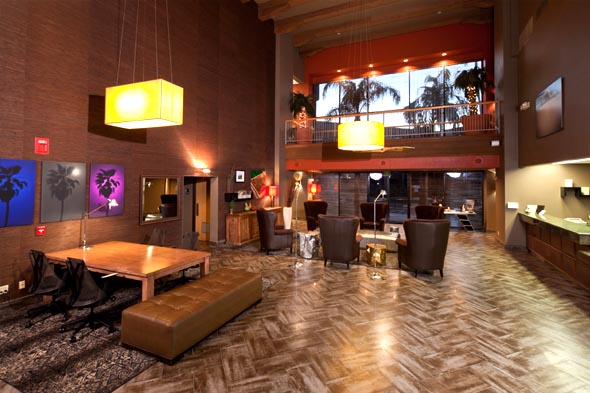